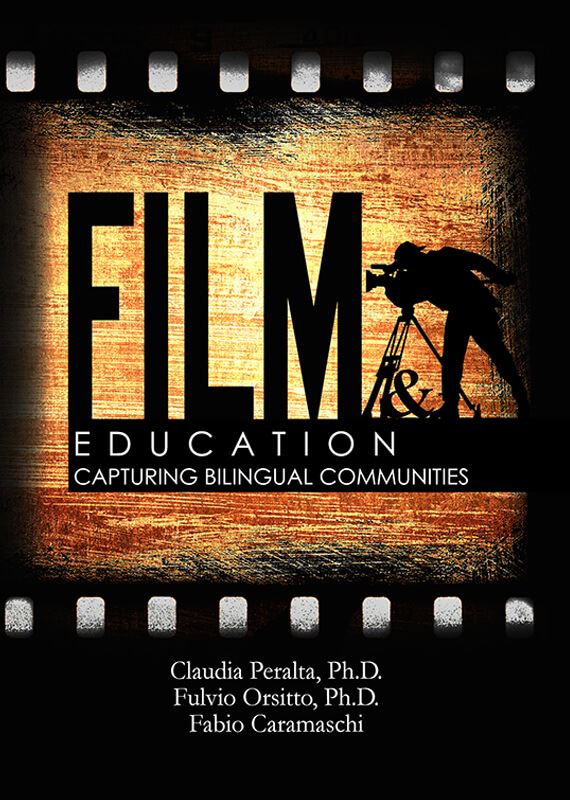 This book presents an innovative and unique way of combining pedagogy, research, and documentary making. This book is grounded in the authentic experience of educators, with award winning filmmaker Fabio Caramaschi, who have done and continue to do the work of in-the-field research. The authors expand the definition of ‘field research’ by engaging the students in documentary filmmaking while researching an underrepresented local community. This book details how to create a course that is genuinely collaborative and respectful of students and community members. A syllabus and a step by step schedule of how to conduct the research along with a list of documentary movies are provided. The ideas presented should encourage educators to create similar experiences in their communities.

Dr. Claudia Peralta is Associate Professor in the Department of Literacy at Boise State University. Her research interests focus on bilingual education, literacy and biliteracy, multicultural education and social justice. She has published extensively in international journals and contributed to books on critical issues in bilingual education, teacher preparation, and on the relations between home, community and school. Her current work focuses on the experiences of Mexican immigrant and first-generation Mexican youth and refugee students in the educational system in the U.S. Her latest piece “Fractured memories, mended lives: The schooling experiences of Latinas/os in Rural Areas”(2013) was published in the Bilingual Research Journal. She has served as co-chair of Division K, Section 6 for the American Education Research Association, Chair of the Hispanic SIG of the American Educational Research Association and Chair of the Cultural and Ethnic Diversity Board at Boise State University.

Fulvio S. Orsitto is Associate Professor and Director of the Italian and Italian American program at California State University, Chico. He has published numerous essays and book chapters on Italian Literature, and on Italian and Italian American cinema. Among his recent book publications: The Other and the Elsewhere in Italian Culture (Nerosubianco, 2011 – Edited by); Cinema and Risorgimento: Visions and Re-Visions (Vecchiarelli, 2012 – Edited by); Vol. XXXIV of NEMLA Journal of Italian Studies, special issue on Contemporary Italian Cinema (2012 – Co-Edited with Simona Wright). Forthcoming publications: Cultural Contaminations: Music, Theatre, Cinema, and Literature in Contemporary Italy (Vecchiarelli, 2014 – Co-Edited with Simona Wright); and New Perspectives on Pier Paolo Pasolini (Metauro, 2014).

Fabio Caramaschi is an Italian photographer and filmmaker. He spent most of his life traveling around the world, and studying traditional cultures in Europe, Asia, Africa and the Americas. His body of work includes photo exhibitions in Rome, Milan and New York. He also wrote the photography books Le feste giocate (De Luca, 1998), Il confine (ed. Region of Sicily, 1999), Mali (Unigraph, 2002), and Zambia (Charta, 2006). He made several investigative reports (broadcasted on Italian and international TV networks), anthropological and ethnographic films, U.N. projects reports and award winning full length documentary films, such as: Residence Roma (2001), Doing Extra Time (2004), and One Way, a Tuareg Journey (2010). In addition to his cinematographic and photographic production, he directed over a period of 25 years several training and learning programs on audiovisual media for students and professionals, and held documentary workshops in Europe and USA.

Be the first to review “Film and Education: Capturing Bilingual Communities” Cancel reply